Over the decades, innovators continued to come up with interesting ways for users to track their movements on a map. For example, in the 1920s, drivers wore wrist maps like a watch. A small map was embedded where the watch dial would normally be found. In 1909, an ad described a scrolled map attached to the steering wheel. An Italian company Touring Club took this step further in the early 1930s by tethering the map scroll to the speedometer. In fact, this was the first device that attempted to show a person’s position in real-time. 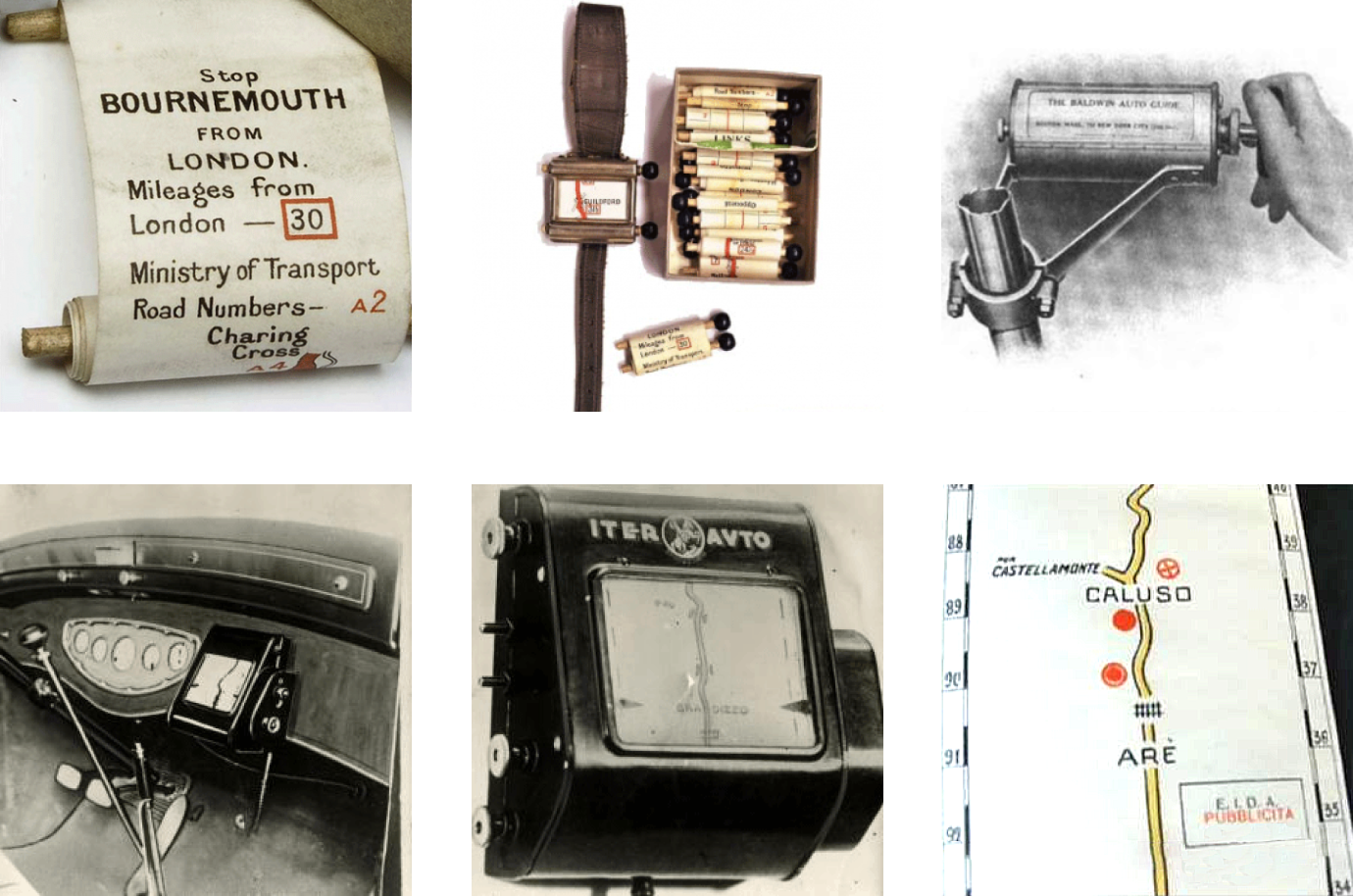 The first car with built-in GPS-navigation system hit the roads in 1990. After 20 years, the first mobile map was released. The impressive progress from paper maps to Google Maps has taken place without regard to the problems and needs of truck drivers. This is because mapping platforms are developing as a universal product for all types of users (pedestrians/drivers), and among drivers, they are primarily focused on the needs of car drivers in cities.

The problem is that the driving experience is different: car/truck, city/highway, travel/work. Truck drivers can drive straight for hours without stopping. The experience of driving a truck is closer to driving a train than driving a taxi, and highway map is more like a subway map.
Jack Reports is an app designed for truck drivers in the US, a very specific audience with their own needs and preferences. A series of user interviews helped us to better understand their specific behaviors as well as their unique requirements — to reach their destination in the most efficient manner (saving time and saving money).

Inspired by the history of navigation devices, we have found a way to keep truckers up to date with essential information while in transit without being distracted from driving. 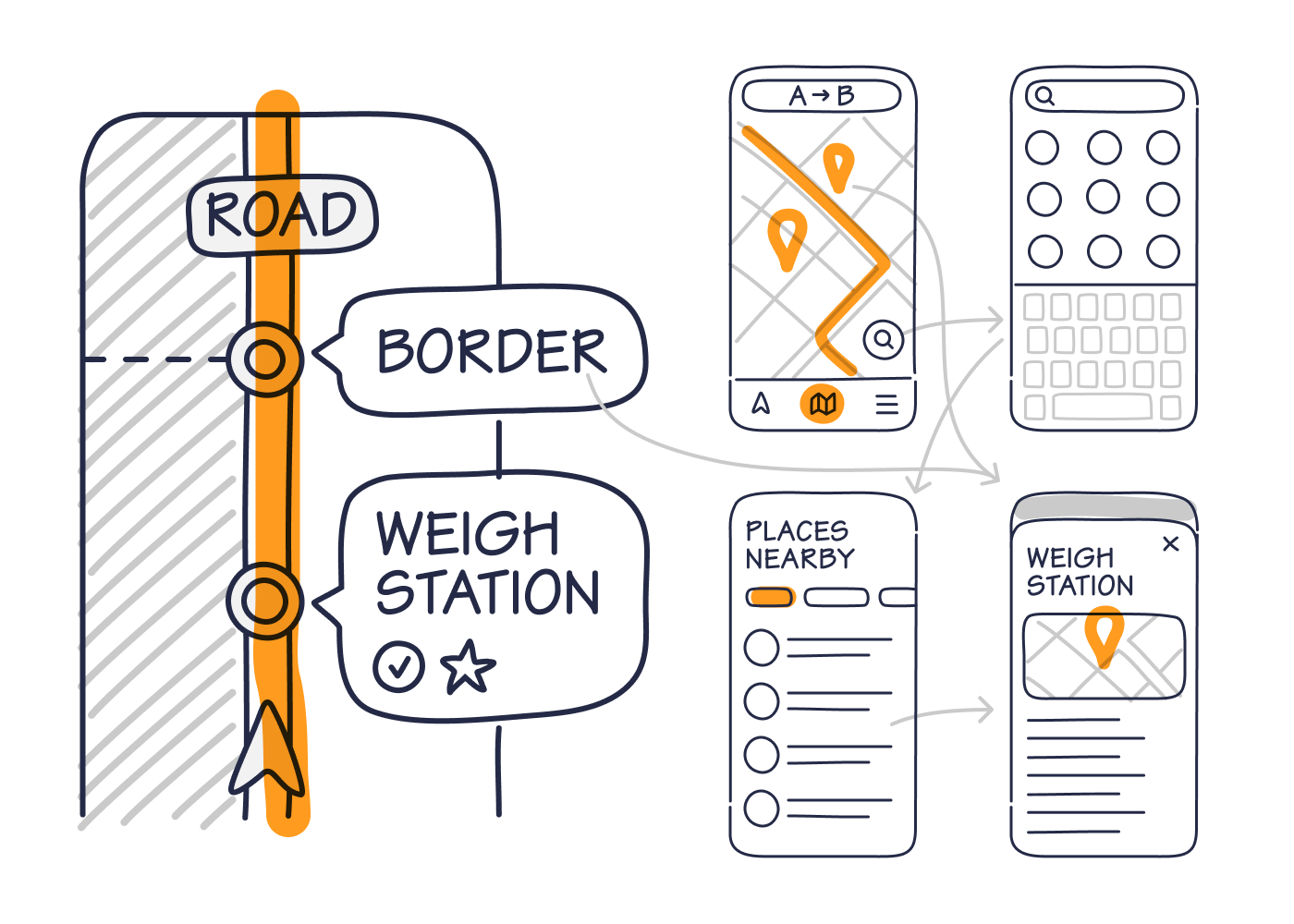 By developing the Highway mode, we aim to make the experience simple and useful.

Remove unnecessary: no elements on the map that are not related to the truckers routes; takes into account the user's location and direction of travel; shows every highway as a straight road line.

Add missing: indicates relevant distances from point to point; approaching cities on the map; essential real-time information (weigh stations, parking availability and fuel prices etc.); the app reads highway user behavior and continuously keeps the map up to date on the move; the app eliminates confusion that could be caused due to parallel roads and intersections. 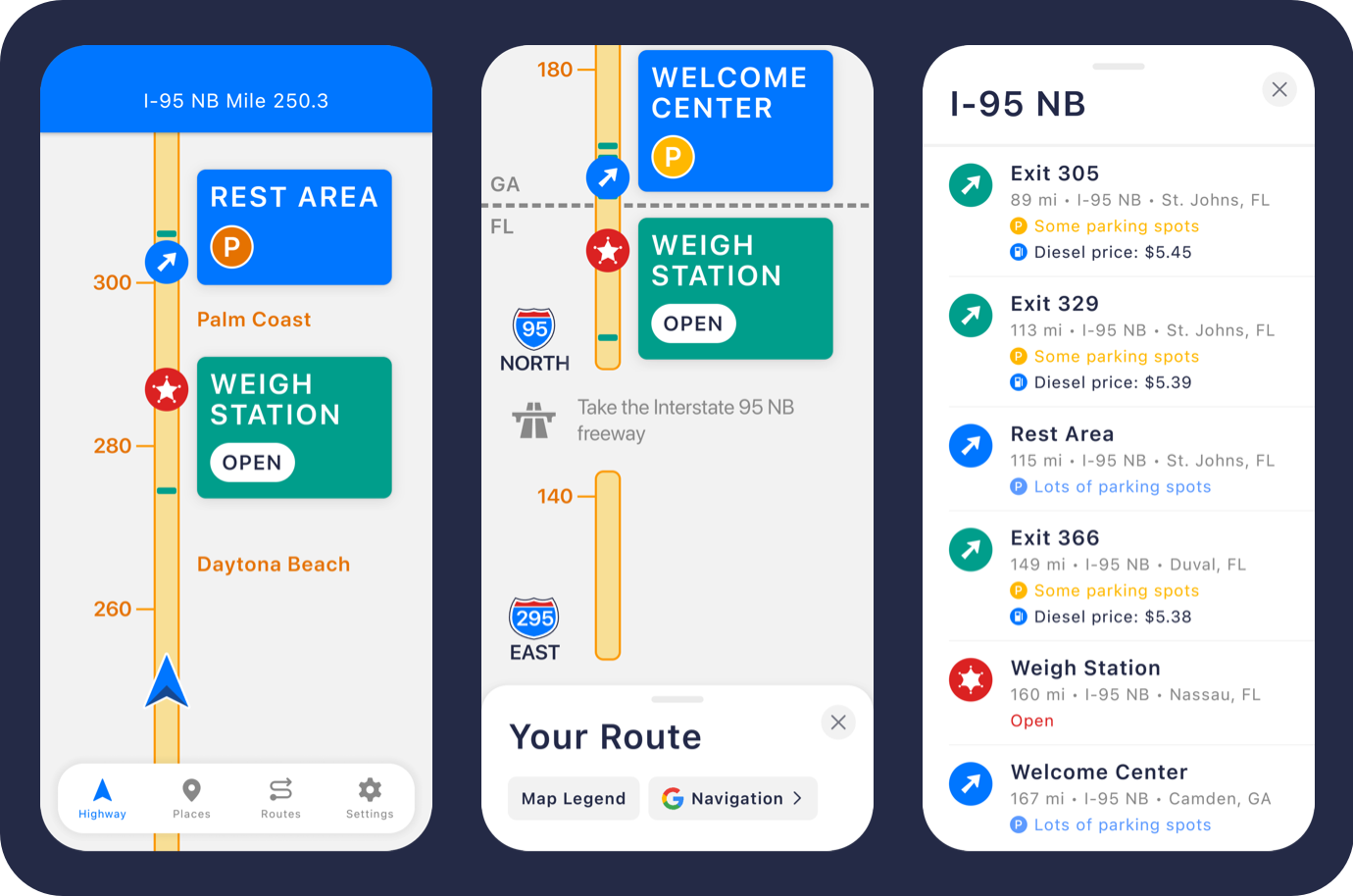 Try Our Map
Make your work more
efficcient and enjoyable